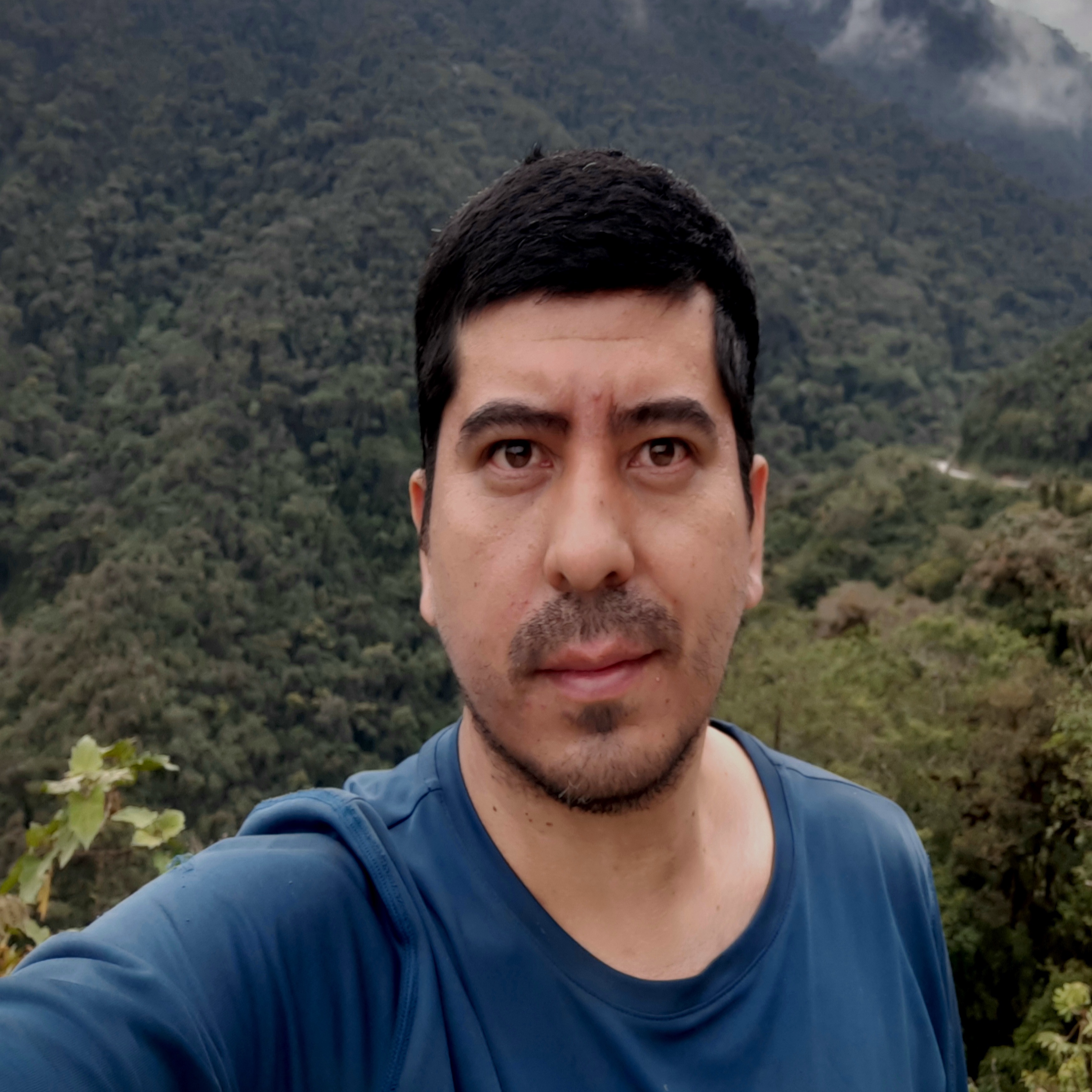 Received his B.S. degree in Geology in 2009 from the Universidad Nacional de Colombia, Sede Bogotá researching the sedimentary provenance of the early Cretaceous rocks from the Perijá Range (border between Colombia and Venezuela). He earned a M.S. degree in Earth Sciences in 2016 from the Universidad Nacional de Mexico, UNAM researching the Jurassic paleolatitudinal changes for Southern Mexico. Currently, he is a doctoral student in the Universidade de Sao Paulo, Brazil. His main research area consists in understanding the relationship between mountain-building and basin-filling processes supported by multiproxi analyses that include field work, sedimentary petrology, thermochronology, paleomagnetism and detrital U/Pb geochronology. His doctoral project aims to understand how orogenic processes have contributed in the development of the transcontinental Amazon river on different time scales. Using a broad spectrum of analytical methods, such as sedimentary provenance analysis and paleoaltimetry studies using stables isotopes, this project unravels the role of climatic and tectonic forcing factors in the uplift of the Southern Central Cordillera and the Garzon Massif (Eastern Cordillera) in Colombia, and how these processes are recorded in the adjacent foreland Putumayo Basin.

Outcrop of the welded Ignimbrites with prismatic geometry from the Guacacallo Formation (2.5 to 3.5 Ma) sampled for paleoaltimetry analyses.